The lead up to another yet another war in the Middle East has me thinking a lot about the young punk rocker I was 17 years ago, and the music that provided the soundtrack to my small acts of resistance to the war machine. The recorded output of World Burns To Death came into sharp focus. Releasing 3 LPs and a handful of EPs before they faded away at the end of the 2000’s, World Burns To Death were at the forefront of American Hardcore Punk.

World Burns To Death wrote some of the most crushingly brutal D-Beat to grace our turntables, including a sonically harrowing concept album about the failures of state communism. Finding their EPs always felt like such an exercise in giddy horror, so much so that I remember finding one I didn’t have in the summer of 2004 while traveling and carefully wrapping it up in spare black crusty shirts in my pack and hopping trains all the way home to Denver with it in my pack. Stark black and white covers, and some of the most straightforwardly ugly lyrics, in the grand, desperate tradition of Discharge before them. Exactly what I needed. Exactly the ugliness I felt roiling inside of me every single day.

That whole summer, I struggled with a sense of despair so massive that I was quietly suicidal, though I told none of my friends. A sense of apocalyptic failure haunted my dreams. The Iraq war had entered its second year and the torrent of opposition to it that had flowed through the streets had dwindled to all but a trickle. That winter we learned climate change truly would be the doom of us all, and the burning world spun on. We drank like our livers wouldn’t last and the poison would let us forever opt out of a futile future. I made a tape of someone’s Sucking of the Missile Cock LP and listened to it on repeat, fantasizing about an ending in self-immolation every time Apparatus closed out the LP, so tired of all the horror, the hurt and the desperation for my life to mean something.

A friend said something to me the other night that really resonated about feeling all the same anger and motivation that we felt when we were young people circa 2002-03 during the lead up to the Iraq invasion, the weight of age having done little to dull those feelings, but they just come accompanied with so much more fear and absolutely none of the optimism nowadays. A feeling of “this could be it; the final war punks have been screaming about, living in fear of for our entire adult lives might be here” hangs heavy on the hearts of all the youth of yesterday I know.

It’s hard to look back at the years between then and now and recognize the ease with which the wars in Iraq and Afghanistan gradually became relegated to the white noise of atrocity in the background while we all just tried to survive and make it to our thirties without catching felony charges or going to an early grave. There’s an undeniable privilege there, but if you’re reading this you probably know that already.

I feel that same despair today, but with almost two decades worth of cynicism and existential depression added to the pile. Whatever horrors those in power are readying to unleash on the world, I have little faith the left will mount any real resistance to. My cynicism and distrust make it hard to connect with community, in a time when we all just need each other. I’m in a new city alone, trying to live like the world isn’t collapsing. So I get up in the morning, eat my breakfast, walk my elderly dog, go to my dumb job, and try and find a dentist that will take my insurance in the feeble hope that my teeth will stop rotting out of my fucking skull, despite how regularly I brush and floss.

In solitude, I turn to music for solace, and these records still give voice to the seething revulsion I feel at the way power maneuvers throughout the world. The anger. The hopelessness. The Despair. I’ve realized lately that I’m at that age where I think I’m at that crossroads of settled into the music I love in a way that makes me less interested in newer punk, and finding myself drawn to music made by people my age or older who are still trying to be creative. More and more, I feel alienated from younger punks, too. With punks not always being the most long-lived people, 40 is roughly “ok boomer” age in punk rock.

It is what it is, but I also miss punk and need that shit more than ever lately.

If you are a creative person out there making music and art despite your despair, please keep creating. 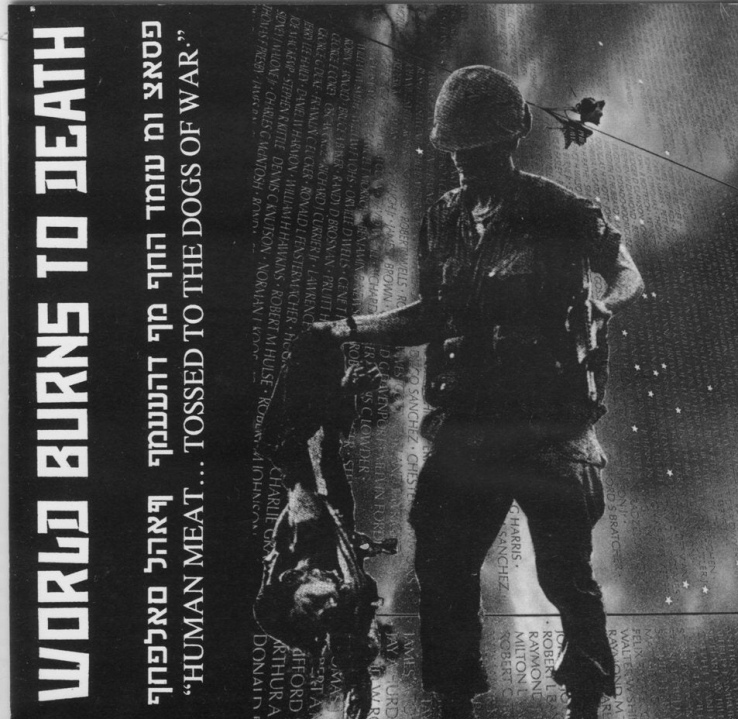